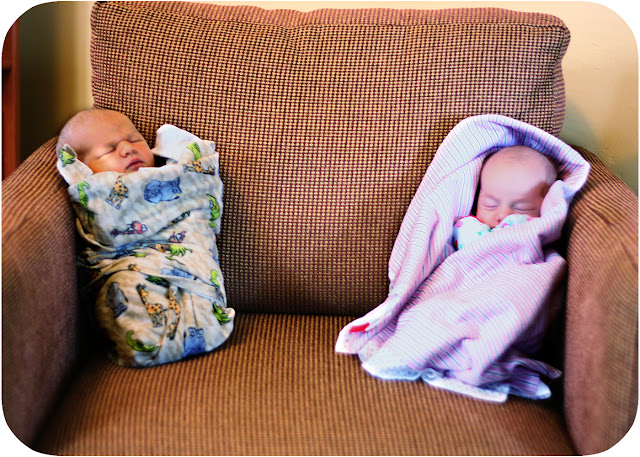 And this is Jack and Elsie (and David!) on the Chair just a few days ago. 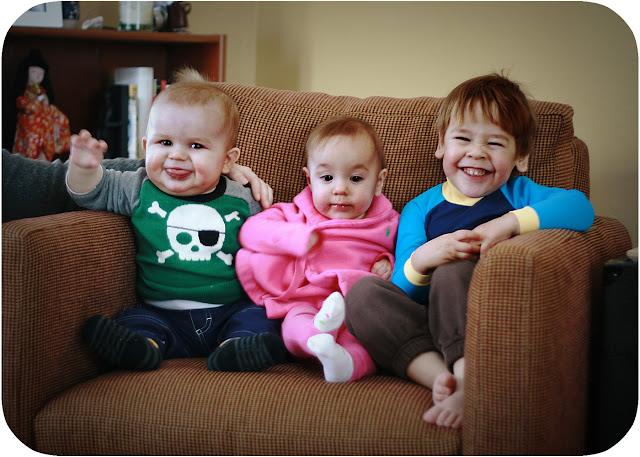 Elsie is Jack's first little girlfriend. They were buddies in the bellies.

I'm also excited to make them sit on the Chair every time Elsie visits and force them to have their photo taken. I'm the Mama. I can do that!

p.s. It's also interesting to watch my photography skills evolve. That first photo is so awful. I had to Photoshop the heck outta it, and it's still terrible. The second photo isn't great; but I'm still perfecting the "get a great photo of three moving targets" technique!
at 2:30 PM
Email ThisBlogThis!Share to TwitterShare to FacebookShare to Pinterest
tags: friends, The Chair