My last post was October of last year. That's six months ago. A lot has changed in six months. Our family has grown. We are now a family of four. And that has meant a lot of changes in the last several months, the biggest of which has been the adjustment to a new little person in our lives. 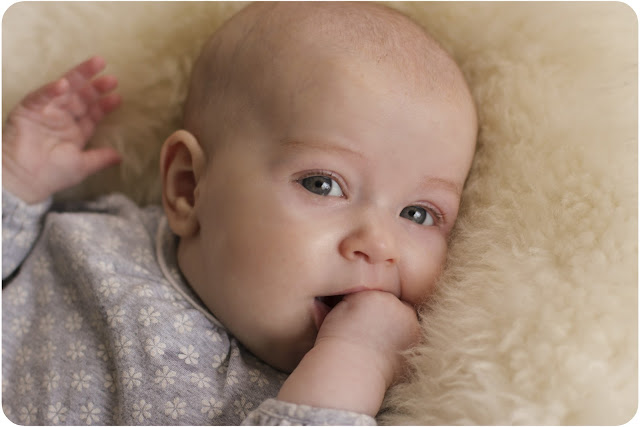 I'm going to go back and post monthly updates about Ruby, and I'll also post her birth story, but for the time being here's a quick intro to our new Girl.

She's super smiley and super snuggly. She loves to be held, or carried, or wrapped and worn. She's pretty darn bald, and we're okay with that. She's long, and she's just starting to get some meat on her bones. She loves watching her big brother. She's such a sweetheart.

Life is starting to settle back into a routine after Ruby's arrival. We've also had our share of illnesses, and we're just starting to come back to health. So, between those two things, life should be returning to {a new} normal in the very near future. For me, I hope this means a few minutes every now and again to edit some photos and write some blog posts. I want to be able to remember so many of the details of our daily lives, and that will only happen if I can record them somewhere. These kiddos are changing so quickly, and I have the world's worst memory. I love having these posts as a reminder of where we've been as a family, and how we're growing.

Also, I totally need to invent some kind of device that will allow me to blog from the shower as I seem to be able to write amazing blog posts in my head while showering only to have them vanish as soon as I turn off the water.
at 9:35 PM
Email ThisBlogThis!Share to TwitterShare to FacebookShare to Pinterest
tags: family, the Girl

Newer Post Older Post Home
Subscribe to: Post Comments (Atom)
Once upon a time, there was a girl who never really knew what she wanted to be when she grew up... and then she had a family. And she knew she was meant to be a mom.