We have literally thousands of photos of the Little Man. Thousands of photos over the last six months. Yet, I have less than a dozen of him and I together. I know how much I treasure the photos I have of me as a baby with my Mom or Dad. John and I have to do a better job of getting in front of the camera with the Little Man, even if it means being photographed looking like a crazy lady with no make-up, terrible bed-head and varying amounts of slobber covering my clothes.

So, until we get better at stepping in front of the camera, I present you with a few of the photos I've managed to co-star in thus far.

The first two are from day one and day two. My biggest regret about Jack's birth is that we didn't get more photos. I think there were a few iPhone photos taken right away. But we really don't have any of the three of us, or even any of me and Jack or John and Jack. Guess we'll know better for the next one, huh? 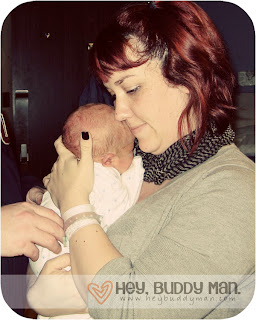 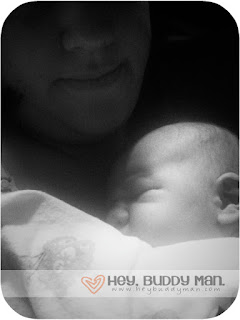 The next three are from Fourth of July weekend, so Jack would be just over three months. 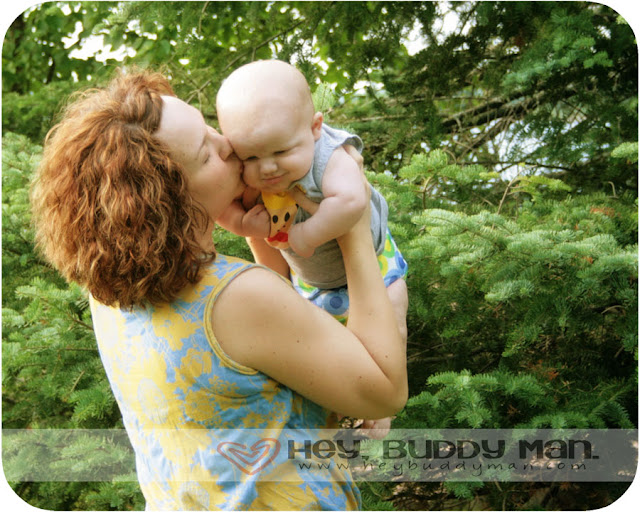 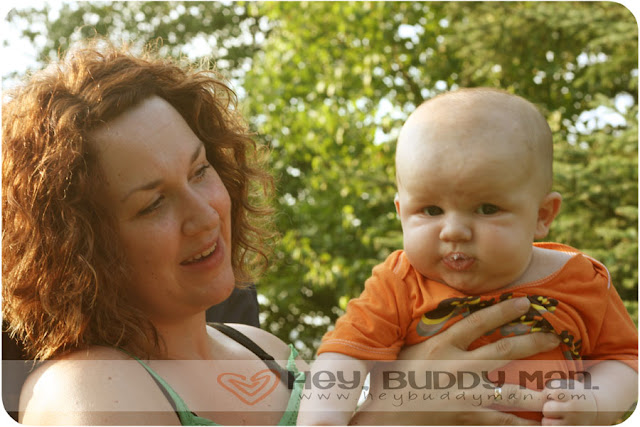 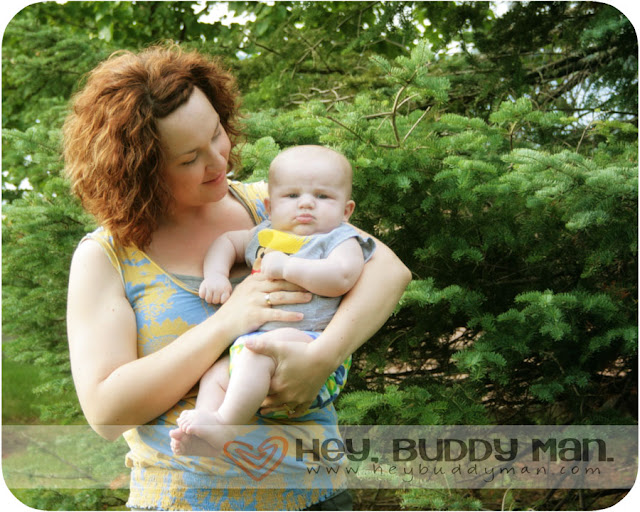 This one is from my iPhone. Not sure on the date, but I think he's about five months in this one. 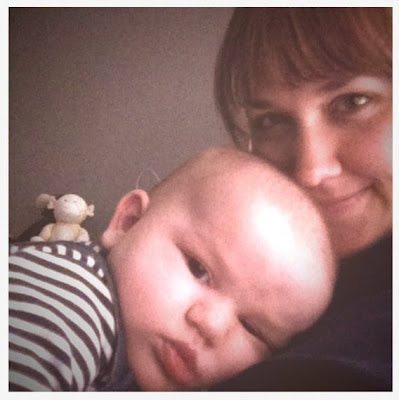 I have a few more iPhone shots, but I'll save those for another time. For now, I'll leave you with a question: How do you Mommies (or Daddies) get in front of the camera? Does someone else take the photos? Do you use a timer? Magic? Please share your secrets!

p.s. I submitted the photo of me smooching Jack to the Paper Mama photo challenge. The theme is Me and Mama. There are so many beautiful entries. It's going to be a tough one to judge!