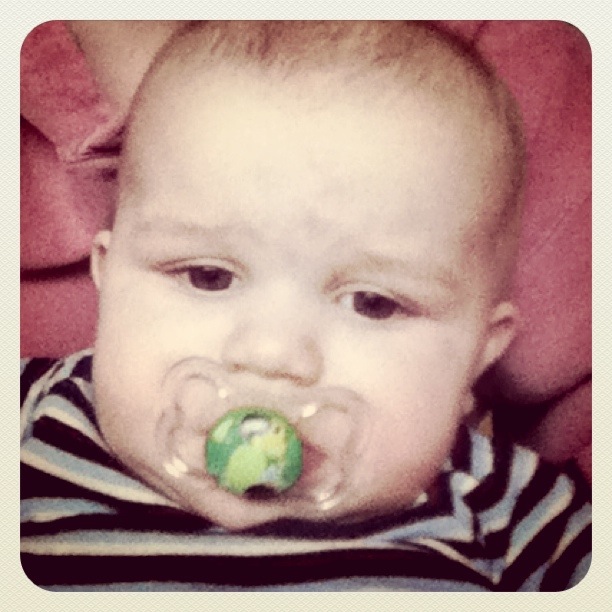 Our Boy had a rough weekend. He had his first fever, and he just wasn't himself. He didn't really have any "sick" symptoms like runny nose, cough, poo, etc. But he was just sad and clingy all weekend. One second he wanted me, then he wanted John. He wanted to be held, then he struggled to get down. He just didn't know what to do with himself. 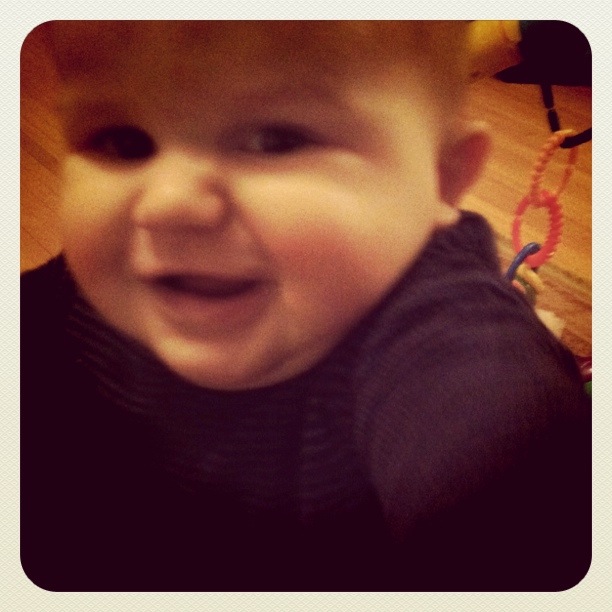 He had moments of clarity, when he clearly felt a little better. But he still isn't one hundred percent. It's so sad to see your baby feel miserable. And this was pretty mild. Yikes. He hasn't been sleeping well, either, which I know just makes him feel worse. 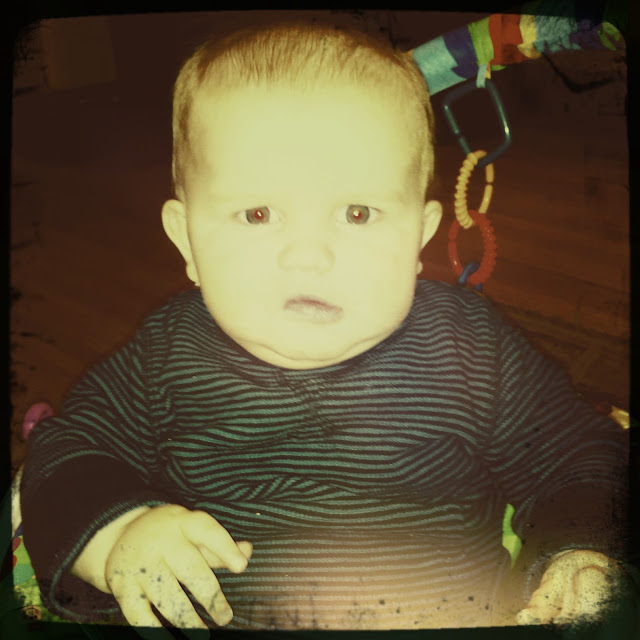 Maybe he's getting another tooth or two? He's just as confused by the whole thing as we are.
at 9:22 PM
Email ThisBlogThis!Share to TwitterShare to FacebookShare to Pinterest
tags: everyday life, parenthood, the Boy