Yesterday, we went to the zoo with some friends. I'm not sure if Jack is really into the animals, yet; but he loves hanging out with his buddies. We tried to get a photo of the three kiddos in front of the bear exhibit, and this is what happened: 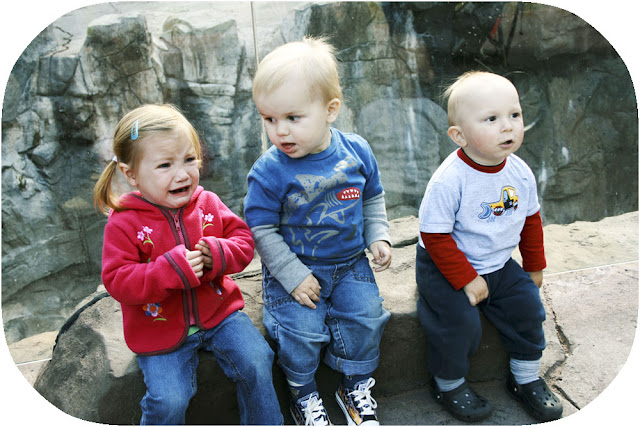 First, Kate was not happy about sitting still for a photo. Jack was concerned. Aidan was distracted. 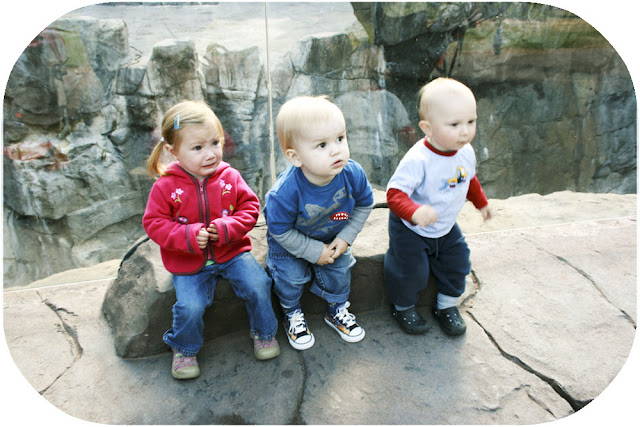 Then, Angela said, "Hey, Kate!" and that caught everyone's attention. 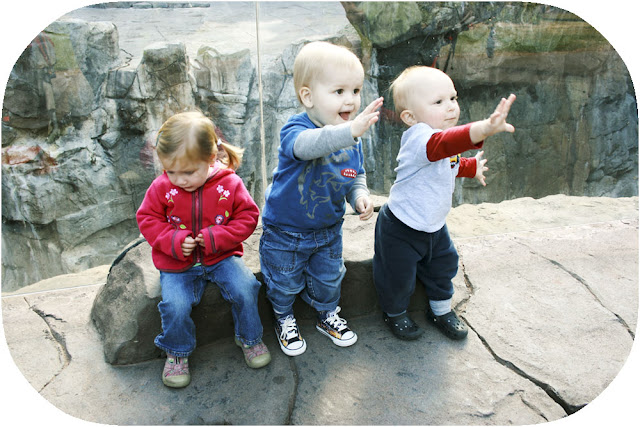 Then, Angela said, "High five!" which got both boys up on their feet and ready for some high-fivin' action. Kate was distracted. 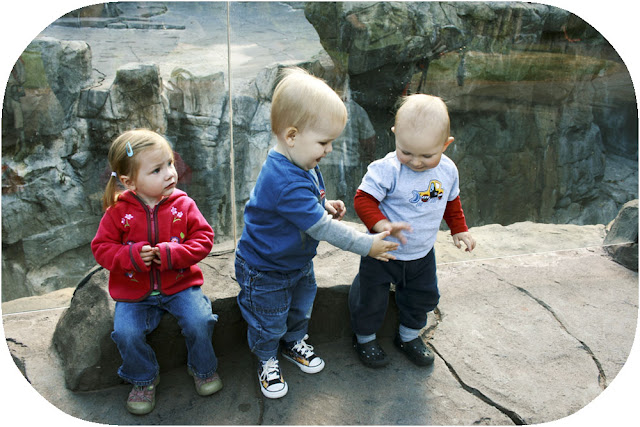 The boys high-fived each other (sort of) and Kate realized she was being left out. 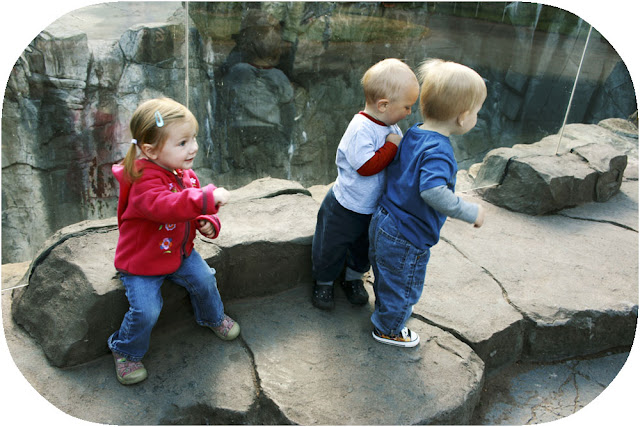 The boys make a move, and Kate decides she prefers knuckles to high fives. High fives are so 2010. 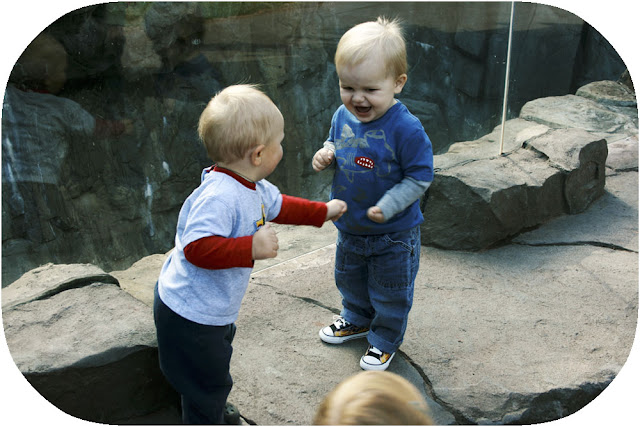 Meanwhile, the boys catch on to the knuckles plot, and begin practicing their moves. 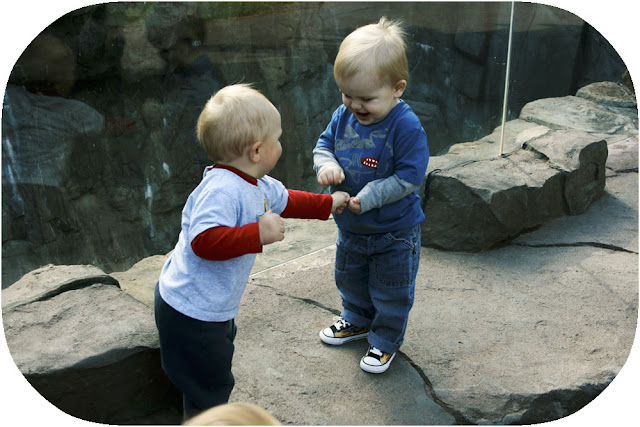 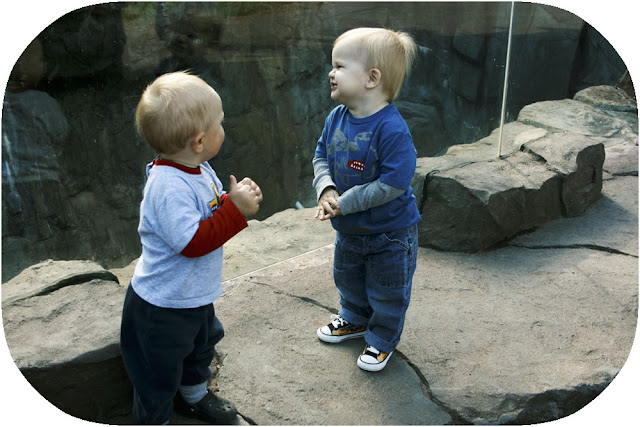 Aidan gives his pupil a "thumbs up" for a job well done! 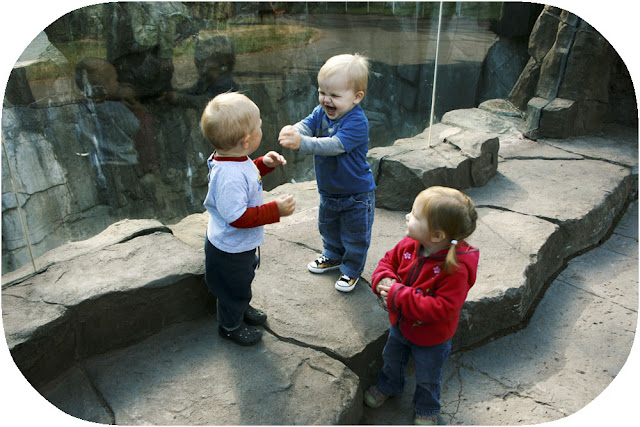 Kate comes over to check out the action, and Jack claps his hands in celebration. 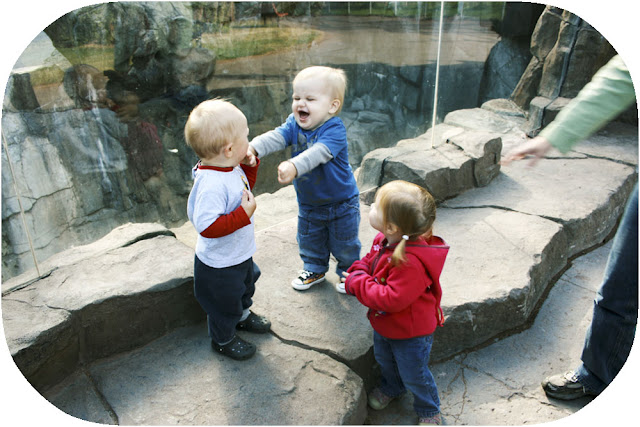 Jack really wants to hug Aidan to show him how much he appreciates the knuckles lesson... 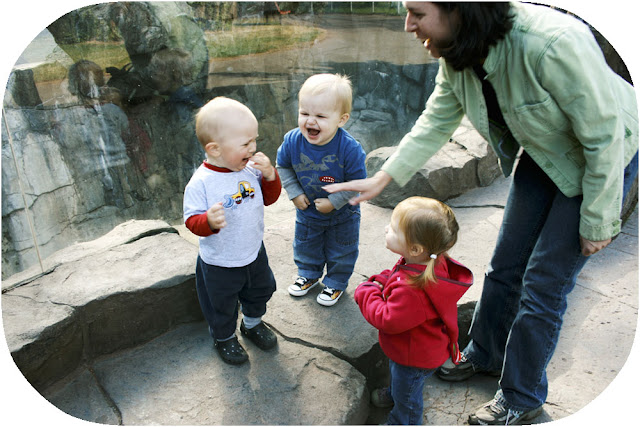 But Aidan thinks he would prefer a nice, quiet thank you card, instead.

I love seeing these little ones interact. They've all known each other since birth, and have seen each other nearly weekly since then. It has been fun seeing how the little personalities have evolved over the last year and a half, and how that changes the group dynamic. I'm so glad that they have fun together, because I absolutely love hanging out with their Mamas. Yay for playdates! I think I'd go cuckoo without them! 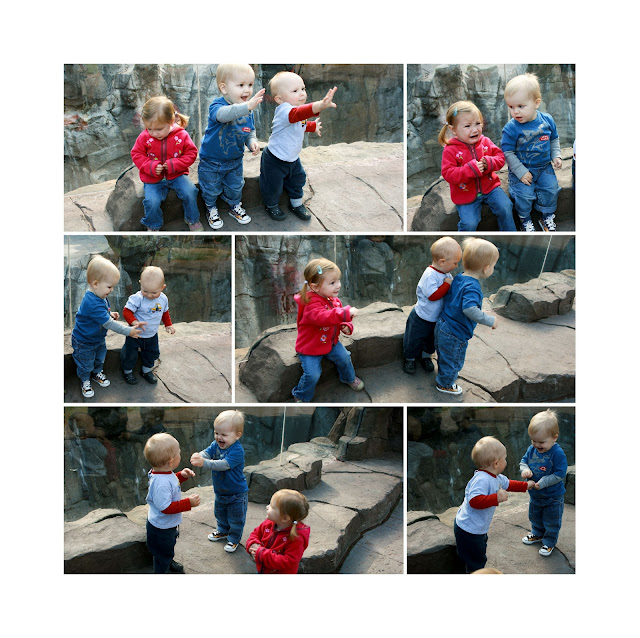 at 12:25 PM
Email ThisBlogThis!Share to TwitterShare to FacebookShare to Pinterest
tags: Duluth, friends, the Boy